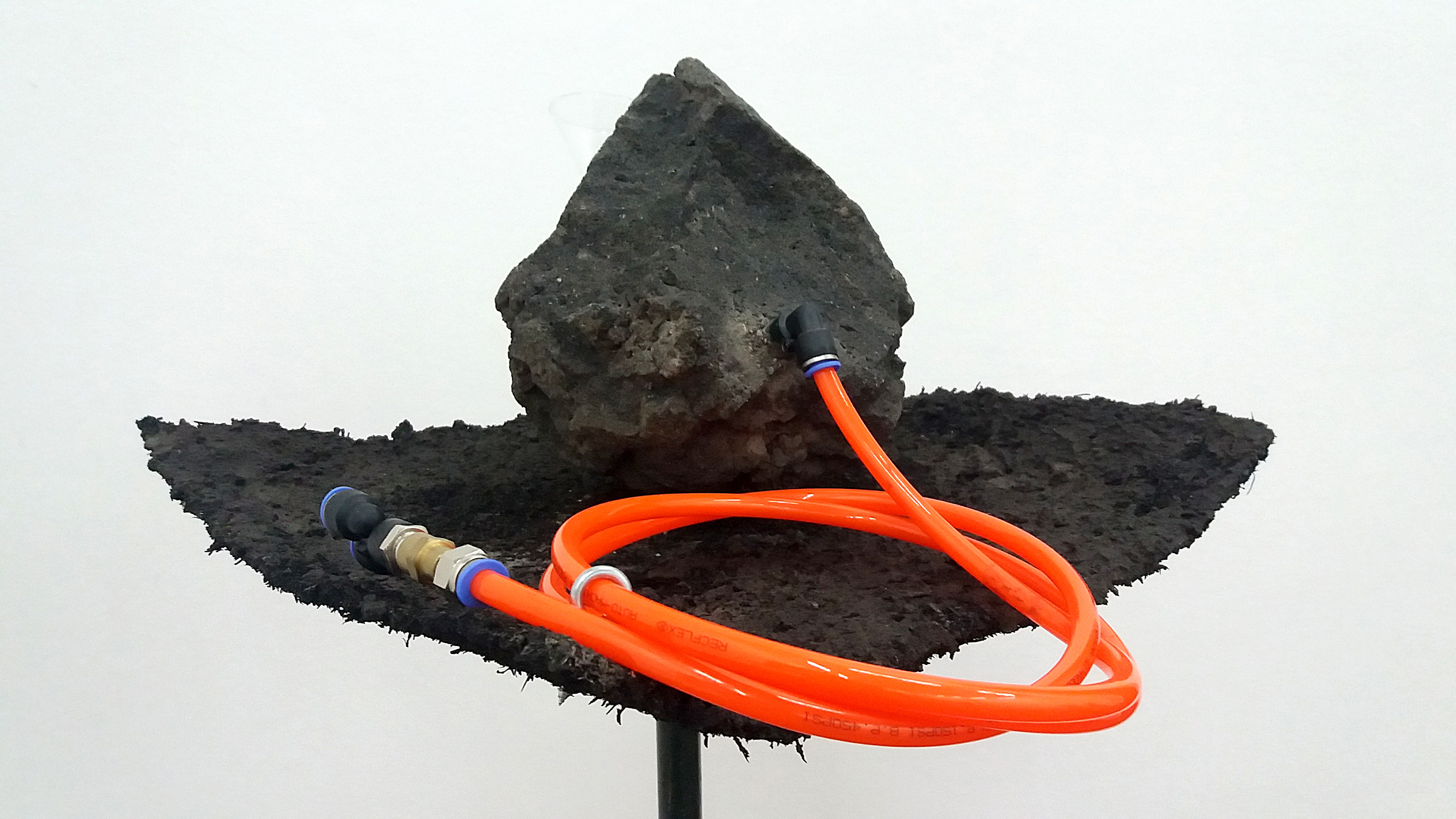 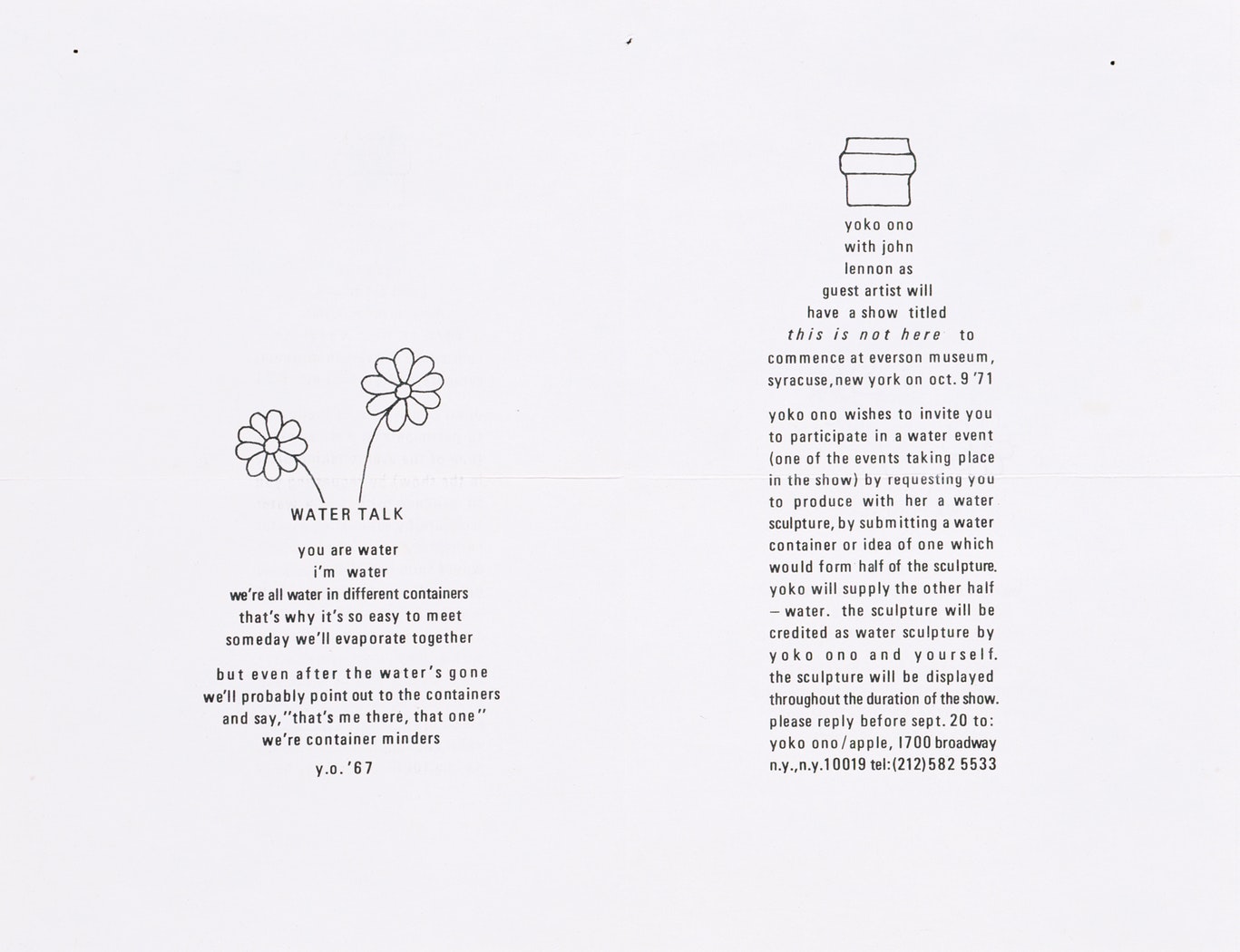 volcanic canteen  (proof of concept for a natural filter of rainwater)

A work in co-authorship with Yoko Ono.

This piece is a response to Ono’s invitation to take part in her Water Event project at MET Quito for her exhibition  YOKO ONO: Universo Libre curated by Agustín Pérez Rubio and Gunnar B. Kvaran.

In 1971, Yoko Ono invited 12 artists to produce a water container for her show in collaboration with John Lennon as a guest artist at the Everson Museum of Art in Syracuse, New York. Since then, the project has been reenacted many times by inviting new artists to take part of it.

Morton’s concept of hyperobjects was also applied to the the idea of an hyperactive ocean.

It comes from Steve Mentz:

“Viscosity: the water dramatically thickens on ice, as in the great iceberg on the cover of Morton’s book. Saltwater especially exerts a global force through its thickness, its capacity as a massive heat sink and its slow and growing erosion. We feel its power around our stories and bodies; (to borrow a term) – it sticks – “.

In this sense, the pieces I proposed play with the notion of container within a speculative time, perhaps a future time, when one other parallel process may occur with water.

In the case of an artificial iceberg model, a cryogenesis technique is used. By means of liquid nitrogen to freeze a piece of glacier. This volume of water, enters a state of “conservation” to be used in the future. In a future drought.

The volcanic canteen refers to a type of canteen for collective use, in a time where non-drinkable water is filtered to allow human consume. This object resembles the form of organic species such as corals, its porosity as well as in lava rocks.

The piece is meant to be use for eventual explorers in the need of water while climbing volcanoes.